The CAPP was translated into Thai in 2009 by Dr Watcharaphol Kamnerdsiri. The Thai version of the CAPP is currently being updated and will be available for research purposes only.

For further information or for copies of the Thai translation of the CAPP, please contact: 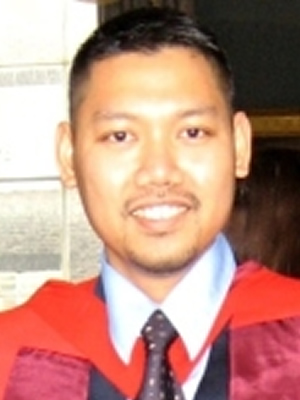 Dr Kamnerdsiri was born and educated in Thailand. He moved to Greece for his medical studies on a scholarship from the Hellenic Ministry of National Defense. After earning his medical degree and a diploma in military medicine, he pursued training in general and forensic psychiatry in France. He then moved to England, where he received a postgraduate degree with merit in war psychiatry at King’s College London. He is presently a PhD candidate in the field of Medical Psychology and Psychopathology at the First Faculty of Medicine, Charles University in Prague and General University Hospital in Prague, Czech Republic. He speaks fluent English, French, Greek, and Thai, as well as conversational Czech and Laotian.

Some positions that he has held and projects that he has been a part of include the following: Senior medical adviser for an international research team on sexual tourism in Thailand; Translator of the Comprehensive Assessment of Psychopathic Personality (CAPP), Thai edition; interventions at conferences around the world, presenting on military sexual trauma (MST) and the criminal consequences of extreme sexual practices; and author of a book published in Thailand on psycho-social aspects of engagement in the French Foreign Legion.

He has also participated in several media events, such as a program on AIDS prevention on Greek National Television and a series of short programs on human sexuality and a long interview on a prime-time talk show on Thai National Television. He wrote a post-conference report on the 22nd Asia Pacific Military Medicine Conference which has been published in the second quarter issue of the 2012 Medical Corps International (MCI) Forum.